One Down and Three to Go!

"Lady Sings the Blues" is now in the finished column!   This is the quilt slated for gifting to a birthday girl in late November.  So happy to have it completed! 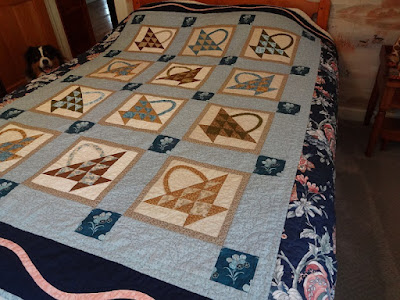 I've been waiting for a nice sunny day to photograph it properly, and it looked like the skies were finally clearing mid-morning.  Though by the time I gathered up the quilt, clothes pins and camera, the skies were again cloudy, which has been our pattern of late.  When it isn't raining that is.  But still, it turned out to be a pretty good day for photographs. 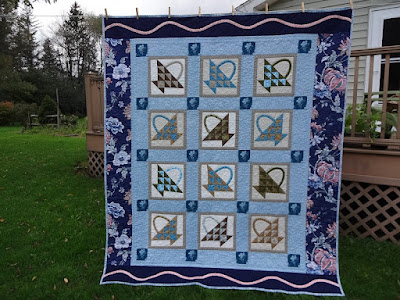 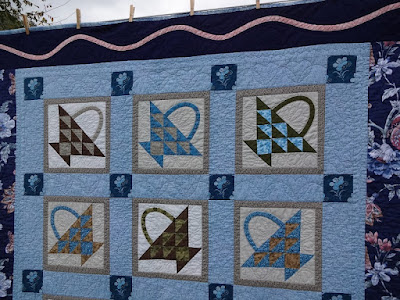 A lot of stencils were used in this quilt for the free motion portion.  All marked with Crayola Ultra-Washable markers, which I've never had an issue with, until this quilt.  After it's first pre-wash bath in plain cold water I took it out to be sure the markings were removed and was horrified to find pink bleeding on the tannish backgrounds of several of the basket blocks.  And this was supposed to be a gift quilt!  The blocks with the creamier background fabric shed the marker with no problem.  Another rinse, the pink remained although slightly lighter.  A third wash with Synthrapol and warm water removed nearly all of the pink leaving only the faintest hint that probably no one else would even notice, but since I knew it was still there ... sigh.  The only thing that comes to mind is that my friend who gave me the pieced blocks (her rejects after making a quilt of the same kit fabrics) never prewashes her fabrics. Perhaps the finish on that one fabric held the color from the washable markers, though I don't know for a fact.  Anyhow, a fourth clear water rinse/dry after the outside photography seems to have removed the remaining pink, for which I'm really thankful! 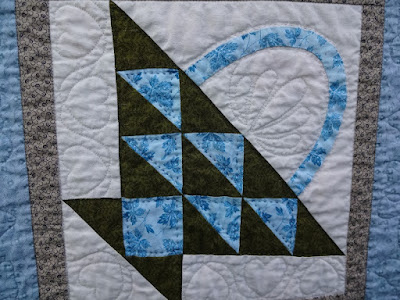 I hand quilted the baskets with Aurifil 12 wt. thread, while the remainder of the quilt was machine quilted with Aurfil 50 wt.  I like the hand quilted details, plus dreaded forcing the machine to quilt into the multiple layers of all those hst seams, and figured the hand quilting "might" go faster with less angst. 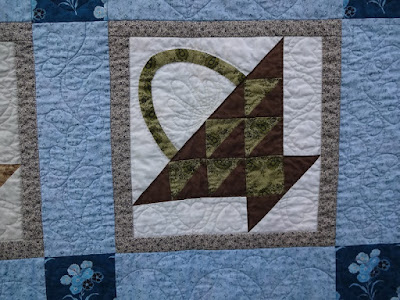 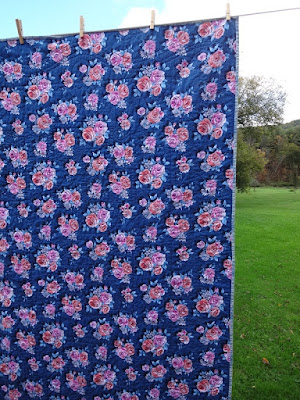 And the so-called "beauty shots" 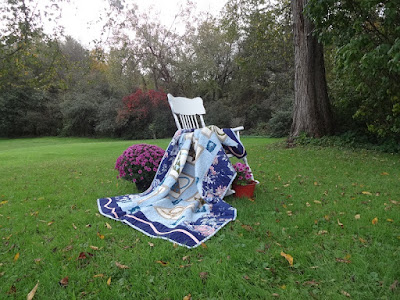 Our fall colors are slow to appear and seem much more muted this year, though time will tell when this area finally reaches "peak colors."  So a couple of the porch mums were pressed into service. 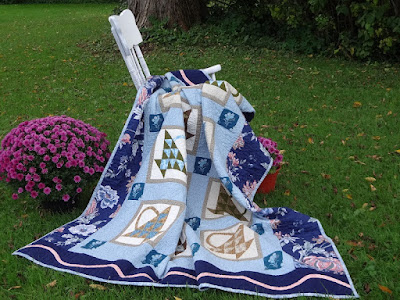 And here's our Sammy, now one year old, who accompanied me throughout.  He's such a character, into everything and just as sweet as he can be. 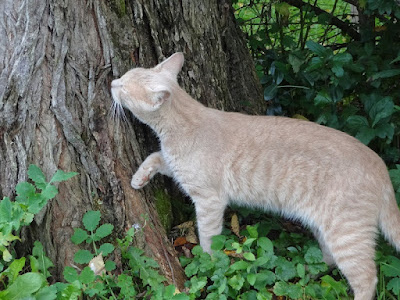 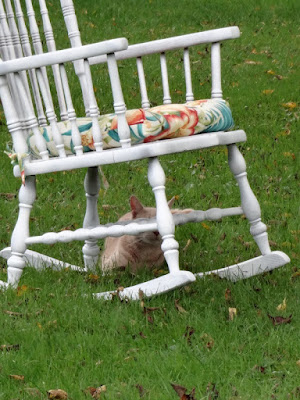 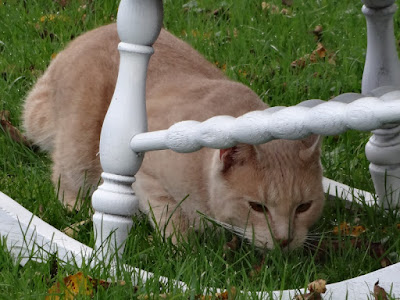 Hope all is well in your world.  Now back to quilting! 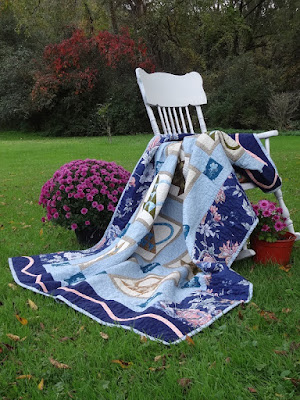 p.s.  I'm having issues with comments either coming to my email twice, or in some cases not at all. Please forgive me if you don't receive a response in your email.  Maybe blogger will eventually get it right, or maybe go back to a system that actually worked.  Not holding my breath though.

Posted by Quilting Babcia at 6:27 PM