When we moved back east from Oregon last fall, I knew it would be several months before quilting could again become a somewhat daily activity.  We knew there would be several months in a temporary apartment and most of the fabric and supplies would need to remain packed safely in their moving boxes until we were finally in our new home.  I brought one plastic tote with a hand quilting project, a couple small rulers, tiny cutting mat, needles, threads and scissors.  Into a smaller tote went fabrics for sashing, cornerstones, backing and binding, and enough phone book foundation papers and many of the fabric scraps that would eventually cover the foundation papers.  Finally, my favorite Singer 301 was carefully packed with more of the fabric scraps filling all the spaces in its case, cushioning it for its cross-country trek in the back of the pickup.
Fast-forward six months, and those scraps, bits and pieces of nearly all the quilts I've made over the past twenty years, are pieced together into the string squares of this just-completed flimsy. 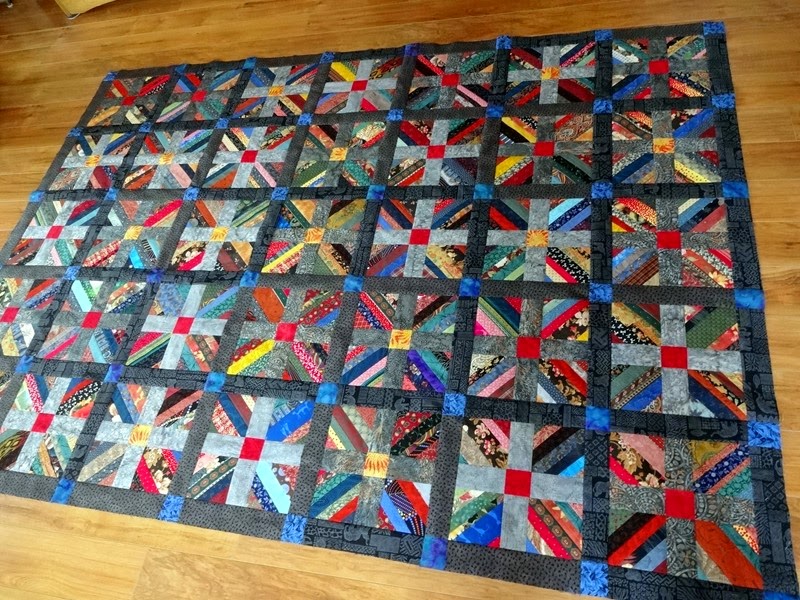 The lighter gray sashings are from a gorgeous fat quarter bundle I won a couple of years ago that had been sitting in my stash just waiting for the perfect project.  Many of the black outer sashing/border pieces are a vintage Cranston fabric featuring elephants and other jungle themed patterning.  A few of my favorite blocks: 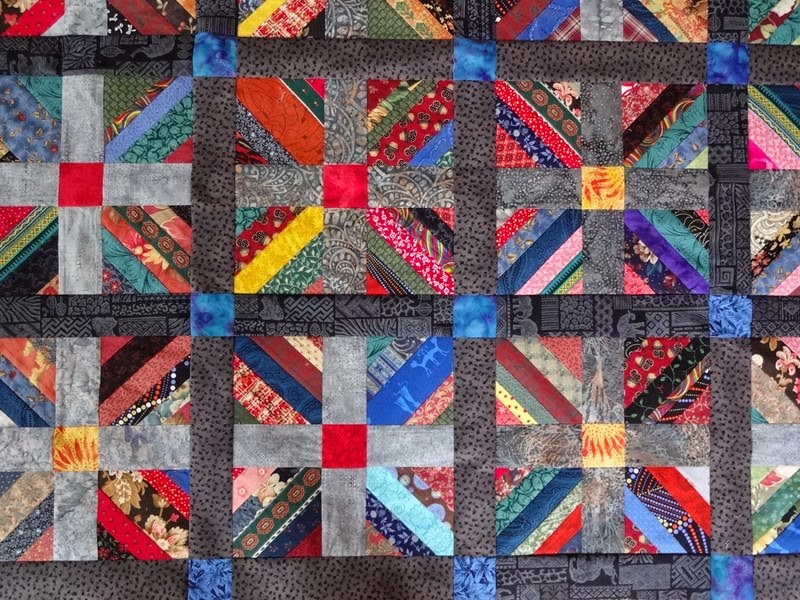 Each block is filled with memories.  I see fabrics from my kid's college quilts, wedding quilts, grandbaby quilts, a group quilt made for a coworker whose home burned to the ground, donation quilts, and of course the quilts that keep us warm at night or snuggled on the couch as we read or watch tv. 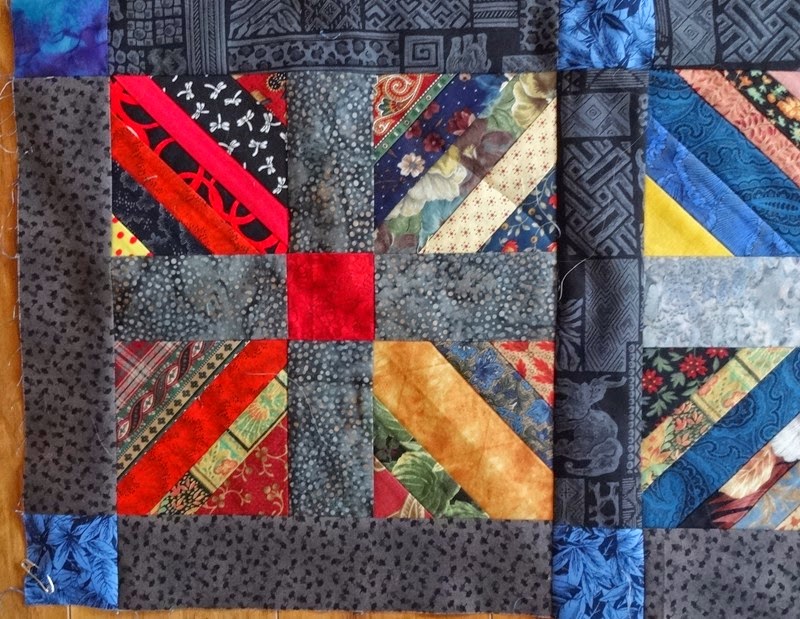 My quilt was inspired by one called Rock Island Campfires made by Marianne Fons for the July/August 2013 issue of Fons and Porter's Love of Quilting magazine.  While watching the television episode featuring this quilt I learned she had been inspired to make her quilt by an antique turn-of-the-century quilt she had seen.  I think mine will be called Campfire Memories.   Hopefully it will be layered and basted later today and I can start machine quilting this week. 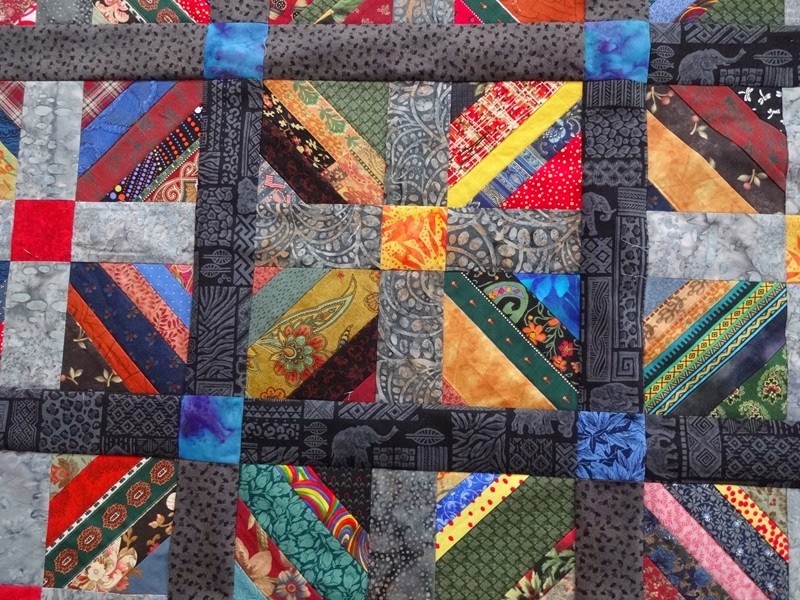 I can hardly wait to snuggle up under this one!
March!  Spring arrived in January back in western Oregon.  Here in western New York the temperature this morning is above zero for a change, though we're expecting yet another snowstorm later today and overnight.  Upwards of a foot of new snow anticipated.  Happily, the frig and cupboards are newly restocked and we don't have to venture out again til the roads are plowed.  The new snowblower has more than earned its keep this winter.

One thing I've learned after a(nother) New York winter - there's no such thing as having too many quilts!