This Westering Woman has Reached the Final Destination!

And just like that, at around 1:15 a.m. today, the final stitch was put in the binding, and my version of Westering Women is now a finish! 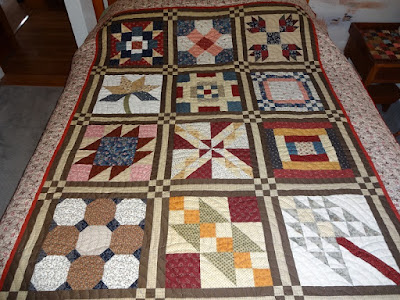 Warning - photo-heavy post follows.  And since it was a gray and muddy day outdoors, all photos were taken inside, and before the quilt had its first bath to remove the quilting markers.

I am loving the back as much as the front, just wish you could see the true beauty of the two buttery yellow tone on tone fabrics used, though my old camera has not cooperated all that well.  Most of the photos are a bit washed out on the lower right, probably due to the light from the windows.  Flash or no flash, not much difference. 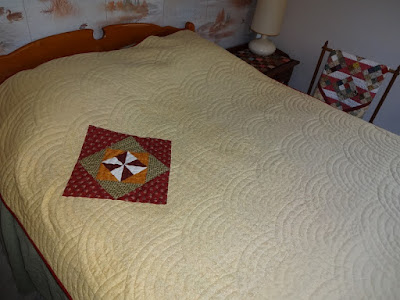 Truly, I think I love the back just as much, or maybe even a bit more than the front.  The quilting shows up so nicely and the loft from the wool batting. And I loved that lone block that turned out too large for the front - just had to include it somewhere!

The Westering Women quilt was a block of the month quiltalong on Barbara Brackman's Civil War Quilts blog from 2016. Here are the blocks I made during the BOM, in no particular order: 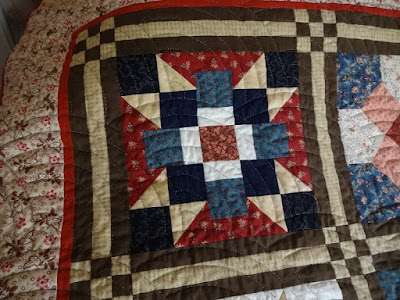 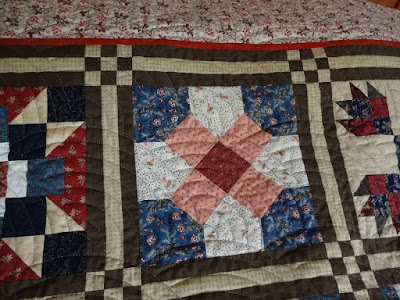 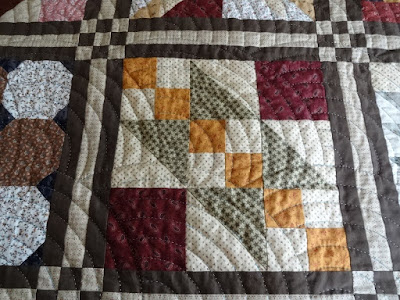 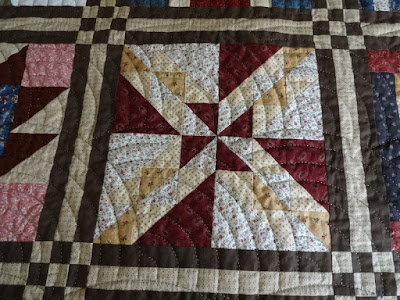 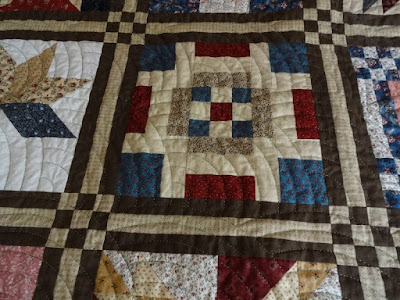 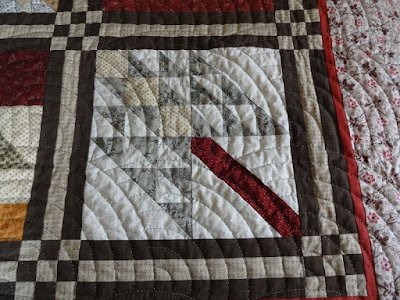 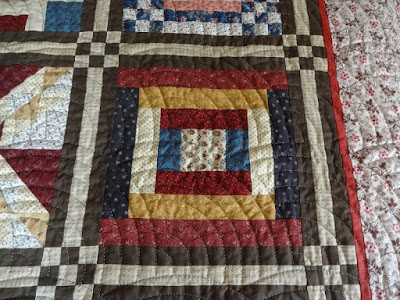 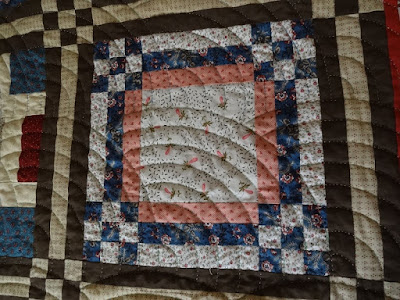 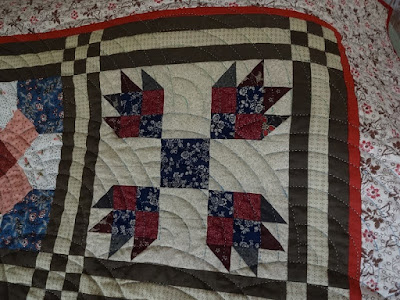 Lastly, a rogue block, when a bit of rebellion against 13 set-in seams occurred.  Dirty snowballs seemed an appropriate substitute to me, since those weary travelers likely encountered muddy snow conditions in the final late autumn mountain passes before reaching their destination in the Yamhill Valley. 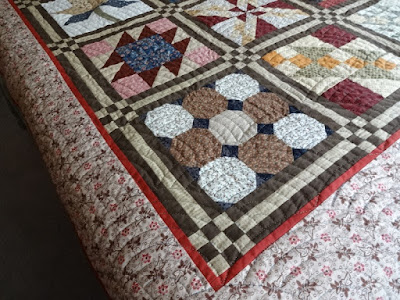 A number of scenarios for my intrepid traveler went through my mind as I stitched the very scrappy blocks.  My Westering Woman began her journey as a single young woman traveling with her sister's family.  She had apprenticed with her aunt, an experienced midwife in the Allegany Mountains of the western New York-Pennsylvania border, and knew she would be able to support herself if necessary once she arrived in Oregon. She met and later married a young man from a neighboring county who also traveled with the wagon train, in charge of driving the second wagon for his brother's large family. Her little bundle of fabric scraps came from dresses of her family and friends back east, each a remembrance of a loved one who she was unlikely to see again in her lifetime.  She stitched her blocks during the first cold winter months in Oregon in the tiny cabin her new husband had hastily built when they arrived, and after they harvested their first crop of wheat he brought home a length of fabric as a gift, enough for her to fashion a new dress and enough extra to border her quilt.
She accepted a lovely wool fleece in payment for delivering a neighbor's baby that next summer, and commenced to quilting her completed top. 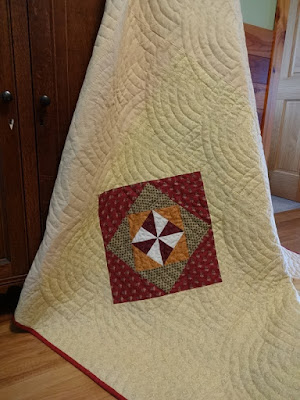 Quilting with wool batting was a dream, so easy compared with cotton, and I love the look of the Baptist fan pattern.  I used Aurifil 12 weight thread, doing what I call a little big stitch.  I wondered what the wool shrinkage would be, and was happily surprised that it was not as much as some of the most recent quilts made using a Pellon cotton batting.  The quilt finished at 80x65 inches before washing, 77-1/2 x 62-1/2 after a cold water wash and 30 minutes of air dry, followed by 15 minutes on the delicate setting in the dryer.  It's finishing drying on the guest bed and I'm planning to sleep under it tonight. 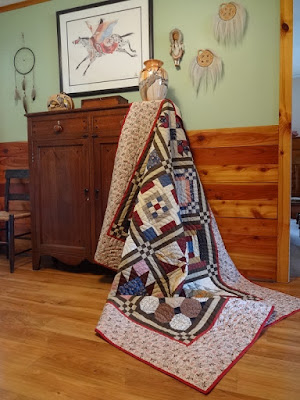 This was my second oldest UFO.  Now to finish the quilting on what seems to have become my personal albatross quilt - my king-size Quilty 365.   Maybe if I persevere, by the end of this year?  Time will tell, but I'd love to see that one in the finished column soon!

Posted by Quilting Babcia at 8:37 PM